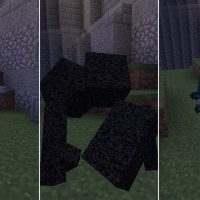 Download the Morph mod for Minecraft PE: you can turn into anything you have killed prior.

Perhaps almost everyone has ever wondered about becoming someone else but not human. Fly as high as birds, swim as deep as fish, and run as fast as a cheetah — all of it has at least once come into mind.

However, it is not yet possible to accomplish even with modern technologies. On the other hand, we have videogames where we are free to do whatever we want. For example, turn ourselves into rhino.

That is why many Minecraft PE players have created numerous modifications that allow such transformations. The Morph mod does it notably best.

This fantastic MCPE addon transforms players into shapeless substances that change their shapes instantly and nonstop.

However, you can control your conversions quite easily: one has to follow one simple rule. It states you change your form only when you kill someone in Minecraft PE.

It works with hostile creatures as well, meaning one shall become a zombie if one kills one. However, there some flaws coming with notable advantages.

For instance, one burns under the sun when in the form of a zombie, skeleton, or any other undead creature in MCPE.

On the other hand, if you hunt down a villager, you’ll increase your damage and zombify him also. If you are Drowned, you’ll swim faster underwater.

These unique abilities turn Minecraft PE into a completely different game with unprecedentedly unique things you have to take care of.

Furthermore, there’s a Totem of Player, allowing you to restore your initial body type. Notwithstanding, it’s complicated to craft. You will need a soul sand block and three gold bars with a stick. 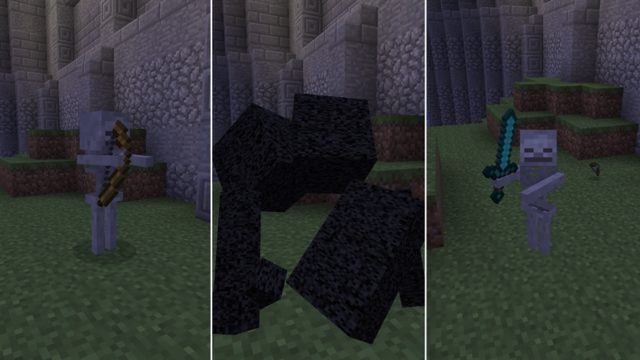 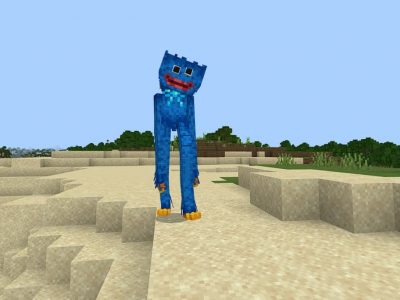