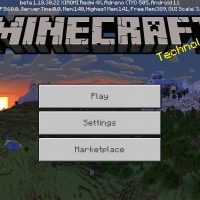 The Mojang developers make the game better with every update. Minecraft PE 1.18.30.22 has many changes, fixed bugs, and improved creatures. Frogs help users to get froglight, shalkers changed their behavior. The commands also got some changes.

Players can see frogs and tadpoles near the swamps in Minecraft PE 1.18.30.22 Caves and Cliffs Part 2. Frogs jump and have realistic croaking. There are three variants of frogs in the game biomes. These creatures can reproduce with the help of users, who can feed mobs with a slime.

Amphibians can give the players blocks of froglight. Put a magma cube near the frog to get beautiful glowing blocks.

Tadpoles can’t stay on earth for a long time, they swim underwater. By the way, Steve can use a bucket and catch these tiny mobs.

Shalkers have changed: they prefer not to stay on the block, which was occupied by another shalker.

There are interesting structures in Minecraft PE 1.18.30.22, which can be a source of new blocks and items. For example, Dripstone caves are worth visiting to find copper ore.

There are 6 small biomes in mountains, and they all are parts of one big territory. Stony Peaks, Frozen Peaks, and Jagged Peaks are the highest locations in the game world.

Players can meet goats on their territory and get a goat horn.

There are new commands in Minecraft PE 1.18.30.22. Players can insert loot with a special command /loot. The Mojang team also fixed the problems with other commands.

After fishing, a bucket of tropical fish displays the correct name. 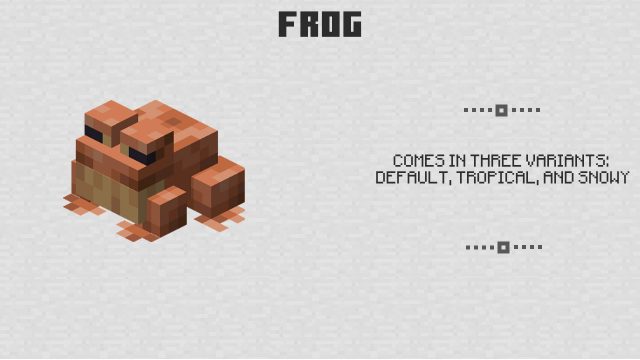