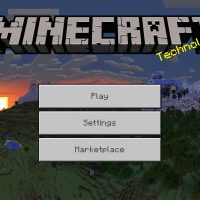 Download Minecraft PE 1.18.20.27 with a working Xbox Live: use the froglight, take a walk through mountain and cave biomes, and much more!

In Minecraft PE 1.18.20.27 Caves and Cliffs Update Part 2, the developers have fixed several past bugs, improved the behavior of creatures, and supplemented the world with unusual blocks.

These glowing blocks are available in Minecraft 1.18.20.27 with the help of frogs. The froglight, which can be green, yellow, and purple, performs a decorative function and is unlike any other block.

By the way, the developers have updated the textures of the froglight. Now they look even better.

Frogs living in swamps can help to get glowing blocks. It is necessary to feed the frog with magma to get the material. After that, the mob will drop the block.

The landscape of Minecraft PE 1.18.20.27 pleases players with its diversity. The game authors have created several stunning biomes at once for lovers of beautiful mountains.

At the highest point, there are Stony peaks. There is no abundance of vegetation and many animals here, but it is worth looking for resources.

On the expanses of Rocky Stony, players can meet goats.

Several more biomes fit beautifully into the cubic world near the mountains. Most of them consist of snow and ice.

Complementing the game landscape, the developers try to make the transitions between biomes as smooth and natural as possible. Thanks to this, the world looks realistic.

It is worth highlighting Lush caves rich in unusual plants. Dripstone caves are also interesting because of their interesting shapes and different sizes.

Some of the players had problems in previous versions while playing on PlayStation. The developers fixed them. Ratings and offers in the play store are now displayed correctly.

By the way, the button for inviting to the game is now available during a pause in Realms.