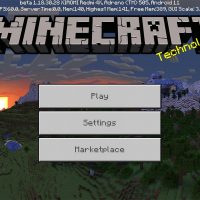 Download Minecraft PE 1.18.30.28 with a working Xbox Live: get new items, blocks, use effects, and much more!

Players may notice that the developers fixed the bugs of previous versions in Minecraft 1.18.30.28. For example, the sounds that players can hear during the death of mobs are better now.

The strip of hunger is also now reflected correctly in all worlds.

Mobs are do not stuck on the ground. By the way, the Pocket Edition has become even more similar to the PC version: the camera will shake when the player receives damage.

The goat horn, which mountain goats help to get, received many changes. The developers have added sounds to Minecraft 1.18.30.28, and each goat has its sound effect.

For the horn to fall out of the animal, it must collide with a stone block. Iron and copper ore, emerald ore, or logs will have the same effect.

By the way, there is sometimes a goat with one horn in the mountains. But cubs are always born with two.

If a Minecraft PE 1.18.30.28 player needs decorative blocks to decorate the landscape or home, the froglight will be an ideal option. It is not difficult to get it: you need to offer a magma cube to the frog, and then the block will drop.

Decorative froglight can be green, yellow, and purple.

There are other unusual blocks in Minecraft 1.18.30.28. Each of the varieties of sculk serves different purposes. The feature of the shriker is the ability to impose the effect of darkness on Steve. 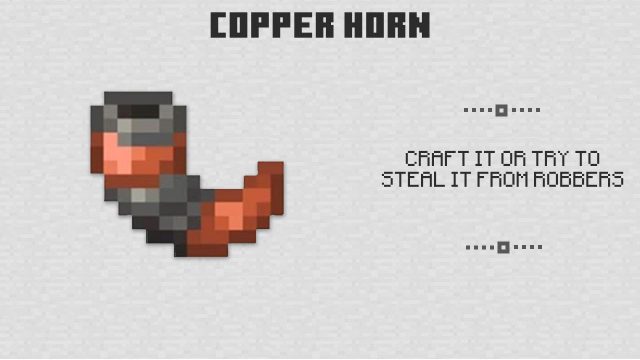