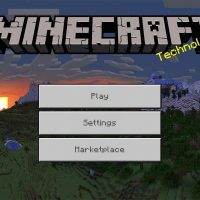 Download Minecraft PE 1.18.2 for android with a working Xbox Live: change the music in the main menu, eliminate rolling pins on your way.

Let’s start with the novelties that the developers in Minecraft 1.18.2 introduced into the generation system, thereby improving it. Previously, all structures and biomes could have eccentric forms, or even mixed with each other. However, now everything has become much easier, because a multi-noise world has appeared!

Terrain generation no longer depends on the terrain, and each of the locations has acquired clear boundaries. This innovation also allows you to change the height and shape of the biome, making the space smoother and clearer. In addition, ore deposits began to be generated in the area, including in caves.

Another change is performance improvements. So in Minecraft 1.18.2, players will be able to enjoy an optimized game, as well as new content!

Finding rolling pin blocks in Minecraft 1.18.2 is not at all difficult, because they are literally everywhere. Most of the sculk blocks are present at the lower levels of the map. In places where pitch darkness reigns. It is noteworthy that the objects are slightly highlighted. All kinds of units emit dim neon light and little vibration.

This feature is bad for the player because the blocks can easily determine your location. Cover the sculk with wool and only in this case the sensor will stop responding to the player. Other variations of the sculk blocks are worth noting: veins, shrieker, traps, and catalyst.

In Minecraft 1.18.2, the ability to change music has become available. Check out the in-game store for a few tunes. Listen to all the songs and choose the one you like for the main menu. You can change the music at any time during the game, changing the melody is unlimited.

The effect of darkness is a special innovation that appears in Minecraft 1.18.2 from a long stay in caves. Initially, the effect does not appear in any way, only after a few minutes the screen will begin to be covered with haze. This is the darkness that makes it difficult for the user to navigate.