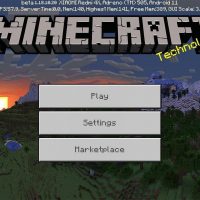 Download Minecraft 1.18.10.20 for Android with a working Xbox Live and walk through the new biome using the effect of darkness!

Minecraft update 1.18.10.20 was released by the developers from Mojang Studios, which brought many new features to the game. This version is part of the Caves and Cliffs: Part 2 update.

Important changes include the emergence of new biomes, as well as a new block called sculk. Do not forget about the new mobs that have been added to the game world. Some of them are harmless, but with others, Steve will have to be careful.

First of all, it is worth noting the appearance of new music in Minecraft 1.18.10.20. You can notice this in the main menu of the game. Also, new music is played in the normal world in survival mode.

Another innovation is the new music disc Otherside. You can find it in various dungeons, in the chests of the fortress in Hell, or the treasury.

Along with the appearance of a new block in Minecraft 1.18.10.20, its variants were also added. The Skalk block has received many alternative options, each of which has a unique trait. Blocks that have appeared include catalyst, vein, shrieker, sculk blocks.

Sculk-Shrieker can be used to summon Varden. The Sculk sensor is a unit that reacts to sounds and emits characteristic signals. In creative mode, Steve can get these blocks from the inventory.

Another interesting innovation in Minecraft 1.18.10.20 is the dark effect. This enchantment may remind the user of the effect of blindness, but there is one significant difference between them.

Unlike blindness, which completely deprives the player of the ability to see, the effect of darkness only impairs vision. Thus, while under the influence of this enchantment, Steve will still be able to make out the way home.