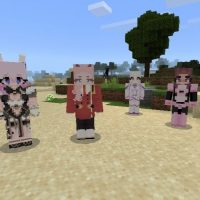 An exciting journey to Minecraft PE together with beautiful companions awaits the hero.

With the new Girlfriend Mod update, Steve has the opportunity to have a girlfriend who will protect him or wear things. The characters look very beautiful and with them, the game becomes very exciting and especially enjoyable.

Traveling in the endless world of Minecraft PE can sometimes be lonely and boring for a player. In this case, the developers have added to Girlfriends Mod several new characters.

To find them, the hero needs to go to the village, where the villagers are replaced by girls. By the way, to perceive these words, you need a diamond. In this add-on, it is replaced by a ring. Just present it to a girl.

Now the character will have an endless supply of health to accompany the hero on his adventures.

The cool thing about these characters is that they can wear some stuff. But be careful, girl, will not want to give them back. It is also important that the player can have as many girls as he wants.

This mod adds 20 girl characters from famous anime to Minecraft PE. Among them, there are famous heroines, for example, Hinata from Naruto or Mikasa from Attack of the Titans.

With Waifus Mod, the familiar world will become more saturated and interesting. New mobs will accompany Steve on his adventures. The hero can tame girls with the help of poppy flowers. After that, they will protect him from various enemies.

Each of the characters has its characteristics, such as:

The player gets the opportunity to tame each of the girls and choose the one that he likes the most. 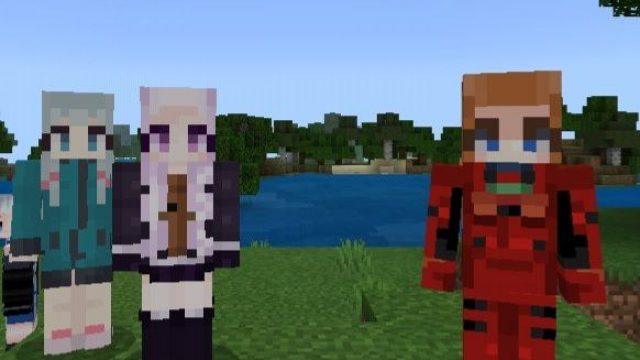 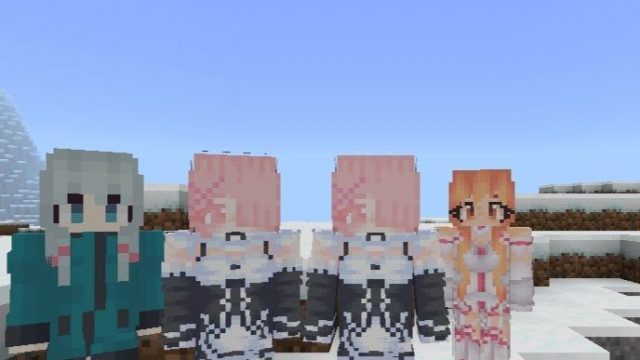 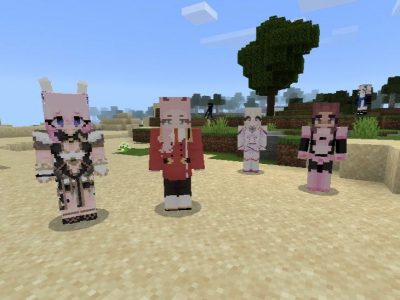 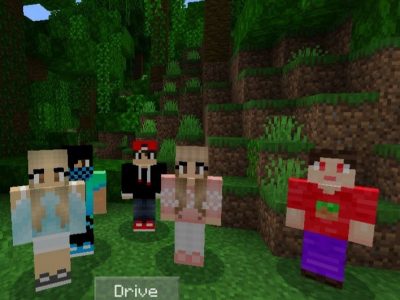 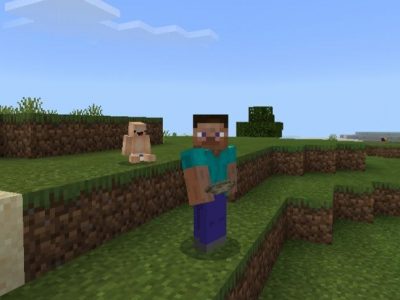 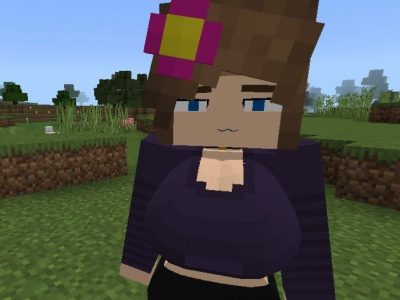