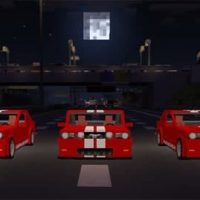 Download Mustang Mod for Minecraft PE, and drive around the cubic world with pleasure!

The player in Minecraft PE often needs to cover long distances during survival. Thus, the user can, for example, search for the biomes he needs to survive.

In this case, the best solution would be to use a Ford Mustang. This vehicle will take the player quickly enough to any desired point.

After installing this mod, the Ford Mustang car will appear in Minecraft PE. First of all, it is worth noting that in this modification, the car’s texture replaces the texture of the witch.

Therefore, from now on in the game, the user will not encounter a hostile creature that will prepare to kill him with potions.

To get the car, you need to take the witch’s spawn egg from the Creative box. After spawning Ford Mustang in Minecraft PE, all that remains is to pick up a carrot on a stick.

It is this item that has the role of a key and has the appropriate texture. The machine will move in the direction the stick is pointed.

In this Ford Mustang GT 2010 mod for Minecraft PE, there are five cars at once: red, blue, gray, white, and yellow. The 2010 GT is capable of accelerating to 160 mph, which is a very high speed.

This means that the user can easily cover long distances in a short amount of time. It is also worth noting that this car can accommodate four players. This means that you can travel with your friends. 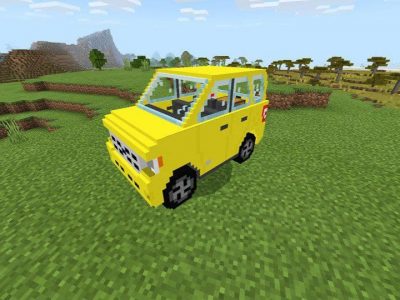 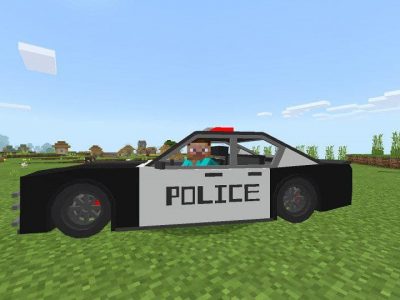 Download Police Car Mod for Minecraft PE, and i... 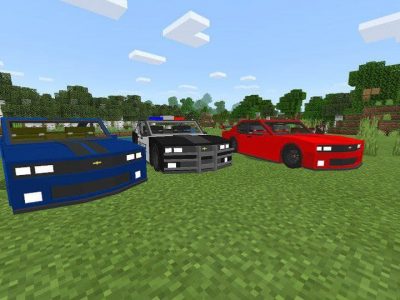 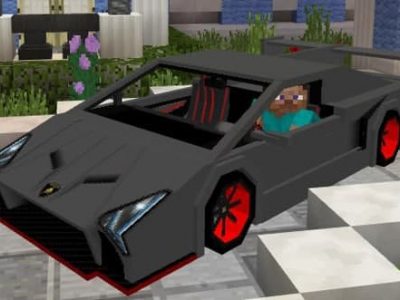