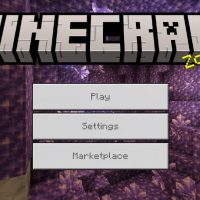 Download Minecraft 1.17.34 for android devices and play with great pleasure since this version added interesting items and biomes.

The development team from Mojang Studios has released a new version of Minecraft 1.17.34 Caves and Cliffs. This time around, players will see a huge update to the game across the board.

The studio touched upon both the technical and visual aspects of the project. Now anyone can use the new Render Dragon graphics engine and see an exciting world generation mechanism.

An equally important part of the Minecraft 1.17.34 update is changing the graphics engine to Render Dragon. Unfortunately, for the players, it will be noticeable only by slightly better optimization. However, for developers, such an upgrade promises new opportunities to improve the appearance of Minecraft 1.17.34.

Also, a team from Mojang Studios was busy fixing a rather old bug in Minecraft 1.17.34. Warm biomes could generate mountains with snow caps that cannot be there. Now a biome called stony peaks will appear there, which also diversifies the gameplay of Minecraft PE 1.17.34 Caves and Cliffs.

A new item has been added to Minecraft 1.17.34 that will be useful to the user. Thanks to the spyglass, the user will be able to inspect your territory even from afar. Steve can craft a telescope by combining two copper ingots and an amethyst shard.

During use, a square frame appears, which will collapse automatically if you use the telescope for more than a minute. The subject allows increasing the size of objects in the field of view tenfold. With this tube, your FOV will be reduced by ten times. If you have a FOV of 70, which is the default value, then using a spyglass, your FOV will decrease to 7.

In Minecraft 1.17.34, users have added a new mining ore, namely copper, gold, and iron. If blocks fell corresponding ore when mining copper, gold, or iron ore, then from version MCPE 1.17.34, when mining these ores with a pickaxe, smelting ores in another way is called raw metal.

Untreated metals are remelted in a furnace into corresponding ingots. Also, not forget about the piglins who want to steal your raw gold.