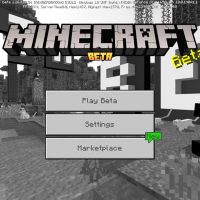 This update introduces some epic-looking blocks, some of which will even change fundamental aspects. Minecraft PE 1.16.210.56 features sculk sensors.

Mojang Studios has officially added an automatically functioning system that transmits Redstone signal with no wires.

Sculk sensors in MCPE 1.16.210.56 are like electricity in the 19th century. These will overhaul Redstone engineering forever. It appears they need no connection to send signals to inputs.

Sculk blocks work on vibrations: they have unusual tendrils to catch and transmit various movements. Whenever you move, jump, swim, break, or place blocks, they sense it with their tendrils.

Wool occlusion is another feature of this update. It seems sculk sensors will not be able to sense movements behind wool or send jolts to Redstone blocks behind it as well.

Moving forward, MCPE 1.16.210.56 possesses dripstone blocks. These can only be obtained in Creative mode for the time being.

If placed on the ceiling, dripstone blocks become so-called stalactites, and stalagmites are put on the floor. Besides, if two unite, this construction is called a pillar, or stalagnate.

Generally, these two blocks are perilous due to their very sharp edges in Minecraft PE 1.16.210.56. If one’s impaled by one of these, it probably dies instantly.

Notwithstanding, there’s a use for at least one of them: stalactites drip water and lava, depending on what’s above them.

Place a cauldron underneath one of the dripping stalactites to collect water or lava in buckets. Moreover, full cauldrons actually emit a weak Redstone signal in MCPE 1.16.210.56.