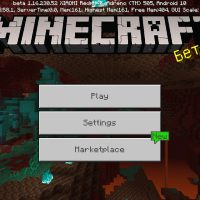 This version of MCPE 1.16.230.52 has continued the major changes in the game that started several announcements ago.

In this update, players will be able to experience climbing, collect glowing berries, come across a beautiful Azalea tree, or even find a big dripleaf block!

In addition to axolotls, the game also features deepslate – a new type of stone.

Finally, the developers have added the long-awaited axolotls to Minecraft PE 1.16.230.52. This is a new type of aquatic inhabitants that can be very useful for the player. For example, these creatures attack various hostile mobs underwater.

The most amazing things that appeared in Minecraft PE 1.16.230.52 Caves & Cliffs are the Azalea blocks.

There are two types – ordinary trees, as well as flowering ones, which will indicate the location of lush caves. You can cut them down and plant them outside your house as decorations.

The cave vines in Minecraft PE 1.16.230.52 are exactly what will add a natural appearance to the dark caves. In addition, if the player is lucky, the vines may be filled with glowing berries that can be fed to foxes. You can take them using berries, and move them anywhere you want to.

The glow berries in Minecraft PE 1.16.230.52 are one of the best changes in the update. Their natural habitat is lush caves. You can grow these beautiful fruits yourself and feed them to foxes to tame them.

This block in Minecraft 1.16.230.52 has one interesting feature – it drips droplets when something passes over it. It should be noted that you can easily convert a large drip block into two small ones by grinding it.

With this large-scale change in the generation of MCPE 1.16.230.52, some biomes have become beautiful beyond recognition. The rocks have their own unique structure that did not previously exist in the game.

Now, in the familiar territory to you cubic world, there are enchanting mountains, which besides being beautiful are also difficult to climb! 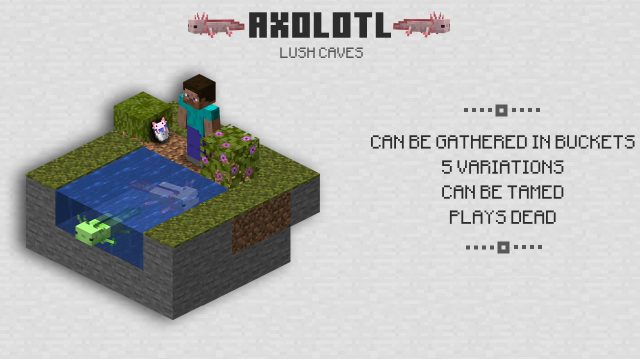 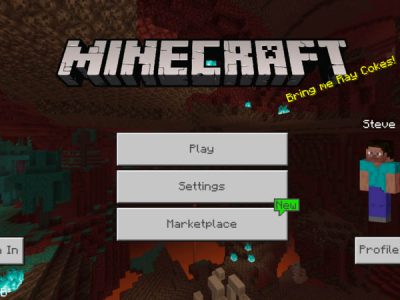